Note: The superintendent lives in the house # 141, accross the street from the gate of the fortress. She will be glad to offer a tour even during off-hours.

One of the most interesting Saxon fortified churches is located in the village of Viscri (Weisskirch in German). The name comes from the German Weisse Khirche, meaning white church.

Unlike other Transylvanian fortified churches, Viscri was built around 1100 by the Szekler population and taken over by Saxon colonists in 1185. This explains why this unique gothic church displays a plain straight ceiling rather than a traditional vaulted one. In the 14th century, the eastern section was rebuilt and around 1525, the first fortification walls with towers were added. In the 18th century, the church was endowed with a second defensive wall. Inside, you can admire a classic 19th century altar featuring a Blessing of the Children centerpiece by the painter J. Paukratz from Rupea. During 1970-1971, the fortified church underwent major renovations. 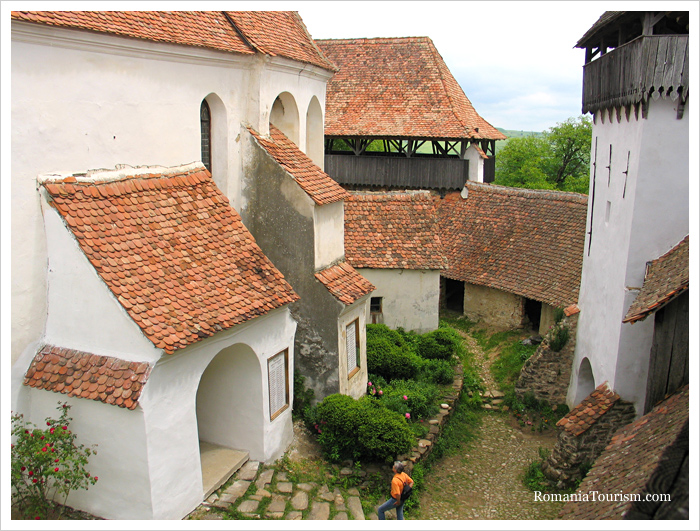 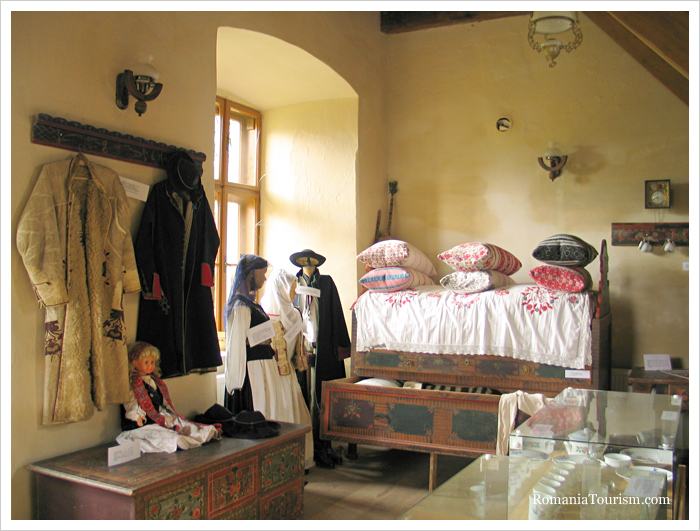