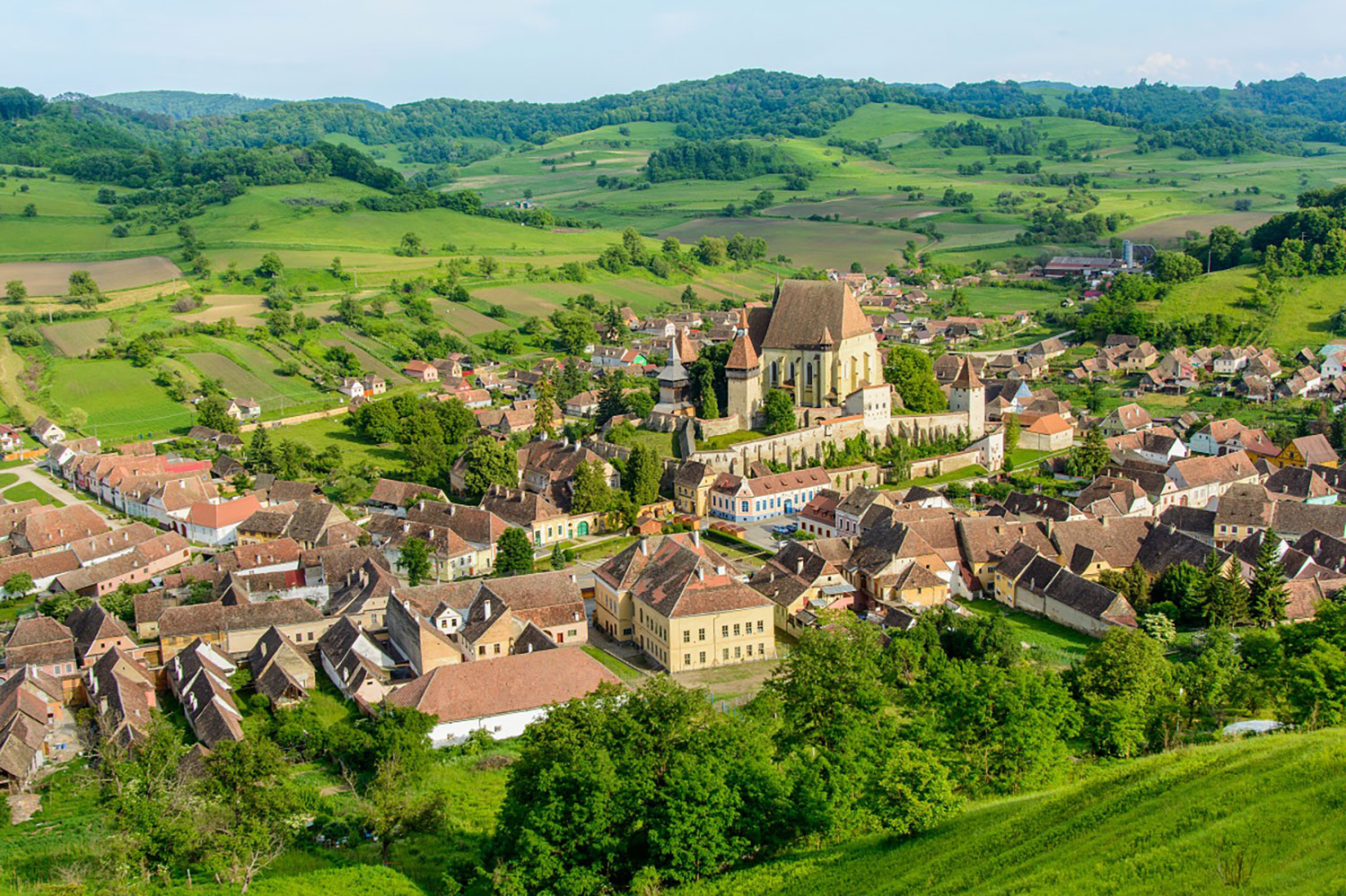 The village of Biertan (German: Birthalm), first mentioned in an official document in 1283, is home to one of the largest and most impressive medieval strongholds in Transylvania.

Surrounded by quaint streets and vineyards, the 15th century fortified church at Biertan is perched high on a hill in the middle of the village. Three tiers of 35-foot-high defensive walls, connected by towers and gates, encircled the complex, making the church impossible to conquer during medieval times.

From 1572 until 1867, Biertan was the seat of the Saxon Evangelical bishops of Transylvania;
the gravestones of bishops can be seen inside the Bishops' Tower.

Biertan Relationship Therapy Room / Marital Prison
Tucked away in the church grounds, along one of its fortification walls,
there is a small room, barely larger than a pantry, known as the ‘marital prison’.
For more than 300 years, couples who approached the local bishop to seek a divorce would be sent here,
for a maximum of six weeks, to iron out their issues and avert a divorce.
If the couple started to see eye to eye once more, they could leave after only two weeks.
As the intention was for the couple to share absolutely everything,
the frugal furnishings included only a table, one chair, one traditional Saxon bed,
a single pillow, one plate and one spoon.
Church’s records confirm the effectiveness of this Saxon custom:
there has only been one divorce, in the area, during the 300 + years of the prison’s use. 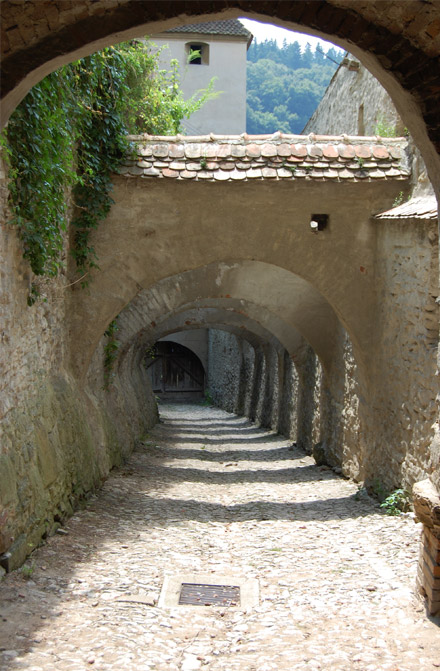 Featuring late-gothic architecture with heavy doors and double exterior walls, the church boasts the largest multi-paneled wooden altar in Transylvania and a remarkable, masive, oak door which once protected the treasures in the sacristy.
The altar was built by artisans from Vienna (Austria) and Nurenberg (Germany) between 1483 and 1513.

The door of Biertan sacristy, manufactured in 1515, has an unique 19-points deadbolt lock.
In 1898, at the Paris World Exhibition, this complex lock system was awarded a prize for its ingenious design.

The church's organ features some 1,290 pipes and 25 registers; it was built in 1869 by Hessian Company in Vienna.

Visitors can also admire the imposing defending towers surrounding the church, namely the Clock Tower, the Bell Tower, the Gate Tower and the Bacon Tower.
Within the grounds are several other interesting structures, built for various purposes, including a covered stair that leads to the church built on the highest point of the fortress.

Biertan Donarium
In 1775, a fourth-century Christian votive bronze object was found, three miles south of Biertan.
Made out of bronze in the shape of a Labarum,
the Donarium has an engraving in Latin that reads "Ego Zenovius Votum Posvi",
("I, Zenovius, offered this gift").
The Donarium, today on display at the Bukenthal Museum in Sibiu,
attests that the population of today's Romania became Christian
during the time of Constantine the Great, long before the Slavic invasions.

The annual GetTogether of the Transylvanian Saxons (Întâlnirea Saşilor),
the largest gathering of Saxons, who emigrated or are still living in Transylvania, takes place in Biertan.