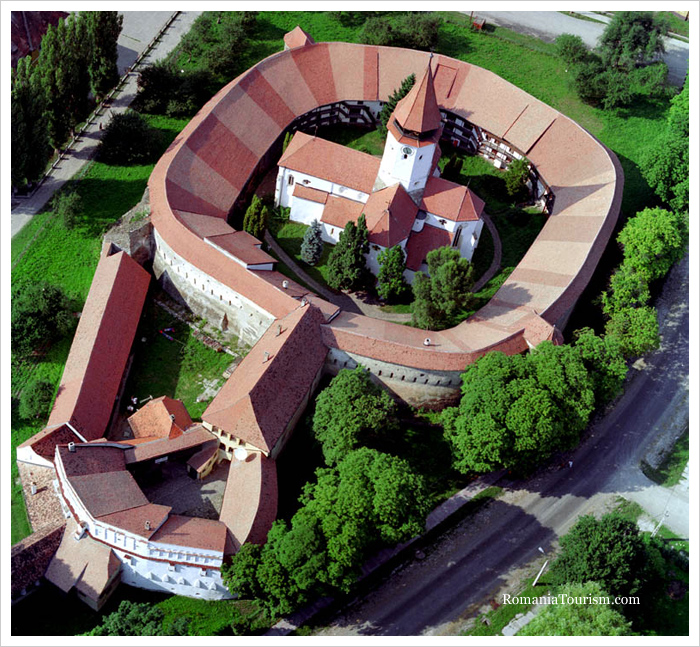 Prejmer Fortified Church is one of the 25 UNESCO World Heritage Sites in Romania.

The largest fortified church in southeastern Europe, Prejmer (Tartlau in German)
was built by Teutonic knights in 1212-1213.

The oval-haped courtyard is protected by 40-feet high / 12-feet thick defending wals, which are surrounded by a, 18-feet deep / 25-feet wide, water ditch.
Historical records attest that in its 500 years of existence, the fortress was besieged 50 times.
However, it was only captured once, in 1611 by Gabriel Báthori, Prince of Transylvania; the fighters defending the fortress have surrendered after several days without any drinking water.

Bastions, drawbridges and a secret, subterranean, passage are some of the features of Prejmer stronghold.
The church's most-feared war device was the "death machine," made of several fire-weapons that could shoot simultaneously, causing the enemy significant losses.

Access to the building was through a 100-foot-long arched passage secured by two rows of gates.
The red-roofed fortification have 275 rooms, on four stories, connected by wooden staircases.
Each family in the community had a designated room, in the fortress, to store its provision and for use as a shelter, in case of an enemy attack. Storage rooms were used by the citizens of Prejmer until early 20th-Century.
A horse-mill and bakery functioned inside the fortress providing bred for the community even when fortress was attacked. 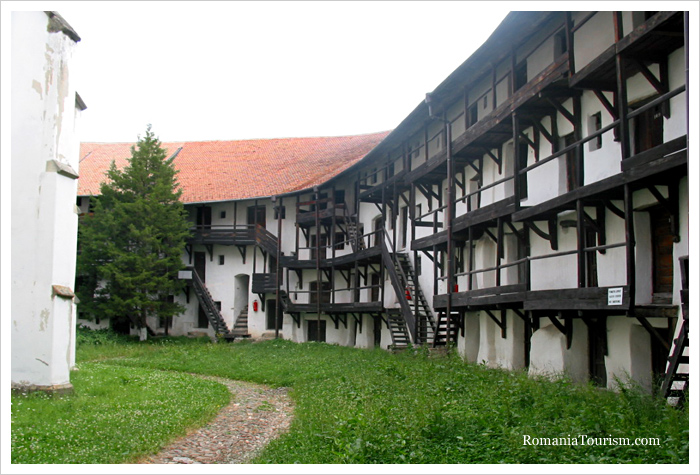 The church, built in a cross-shaped plan, was completed in 1225;
later works and decorations were made in Cistercian style.
The nave features late-gothic vaulting.

Note:
The church keeper lives in an apartment in the fortress,
visitors who arrive soon after closing time can try to reach him by phone.
Call Prejmer Church at 0749 800 024