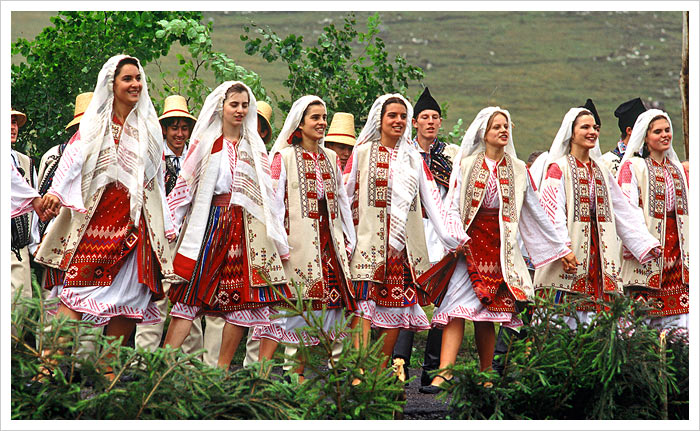 Throughout the year, Romanians celebrate their ancient heritage, changing seasons, religious holidays and life-cycle events, such as birth, marriage and death, with festivals that have remained unchanged for centuries.

Some of Europe's most traditional folkways are meticulously preserved here, with young celebrants wearing the same costumes and dancing the same steps to tunes played on instruments traditional to their forefathers since time immemorial.
Festivals provide wonderful opportunities for visitors to experience the amalgam of the people who make up this country whose Latin roots dating from the Roman Empire make it unique in East-Central Europe.

Here is a compilation of
Romania 2022 Events
announced by the local authorities/ organizing entities.

Major festivals throughout the year include:

Bucharest of Old
Celebration of the city as it was 150 years ago.
Parade of 1800s costumes, horse-drawn carriages, traditional food, music and special performances.

Sambra Oilor
Festival marking the return of the sheep herds from the Mountains.

Of all the events scheduled during the year, folk festivals are, perhaps, the most colorful.
While some festival dates remain fixed, others change year by year so it's wise to check before your trip.
For the latest updates and more information please contact the nearest Romanian Tourist Information Office