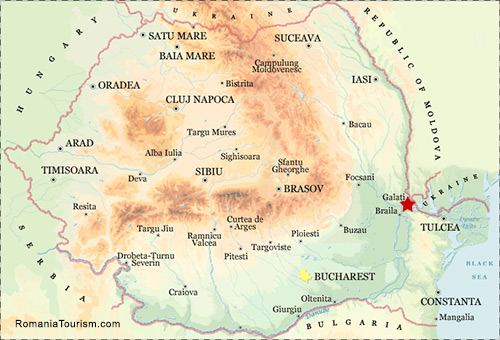 Although a number of history books state that Galati was first documented in 1445,
Tabula Peutingeriana (Latin for "The Peutinger Map") - 2nd century AD - attests that ”Galatie”
existed as a fishing village - at the confluence of Danube and Siret Rivers and, started to develop at the beginning the first millenium.
Burnt to the ground, 3 times, by the Russians, the Otomans and the Greeks, Galați reborn again and again.
Galati has been a major trade hub since the seventeenth century.
In 1837 Galați was declared a free port (Porto-Franco) and several decades of significat economic growth followed.


The fictional character in Bram Stoker's novel, Count Dracula traveled from London to Varna to Galati
where he began his trip, on land, to Transylvania.

Galați continued to grow after the WWII and also became known worldwide for its huge steel mill and shipyard;
in the early 1990s over 50,000 people were employed by the two companies.

Jewish Galati
Galați jewish population was first documented in the 17th century. The population of Jews increased as a result of the city's dynamic economy and, reached over 19,000 in 1930 (20% of the city’s population). A Jewish community association was created in 1895 and was acknowledged as a legal entity in 1906. The religious life of Galati's Jewish Community was complemented by the creation of synagogues, Jewish cemeteries, Jewish hospitals and primary schools, craft guilds, charity societies, ritual baths, Hevra Kadishah. From 1881 until 1919, Galați was the center of the Zionist movement in Romania; the Revisionist Zionist organization of the country was set up in Galati in 1926.

Built in 1875, soon after the Association of Jewish Craftsmen was established, the Craftsmen Synagogue is the only temple to remain standing in Galati, out of the twenty-three that were active here during the 1930s.
Galati Synagogue more info 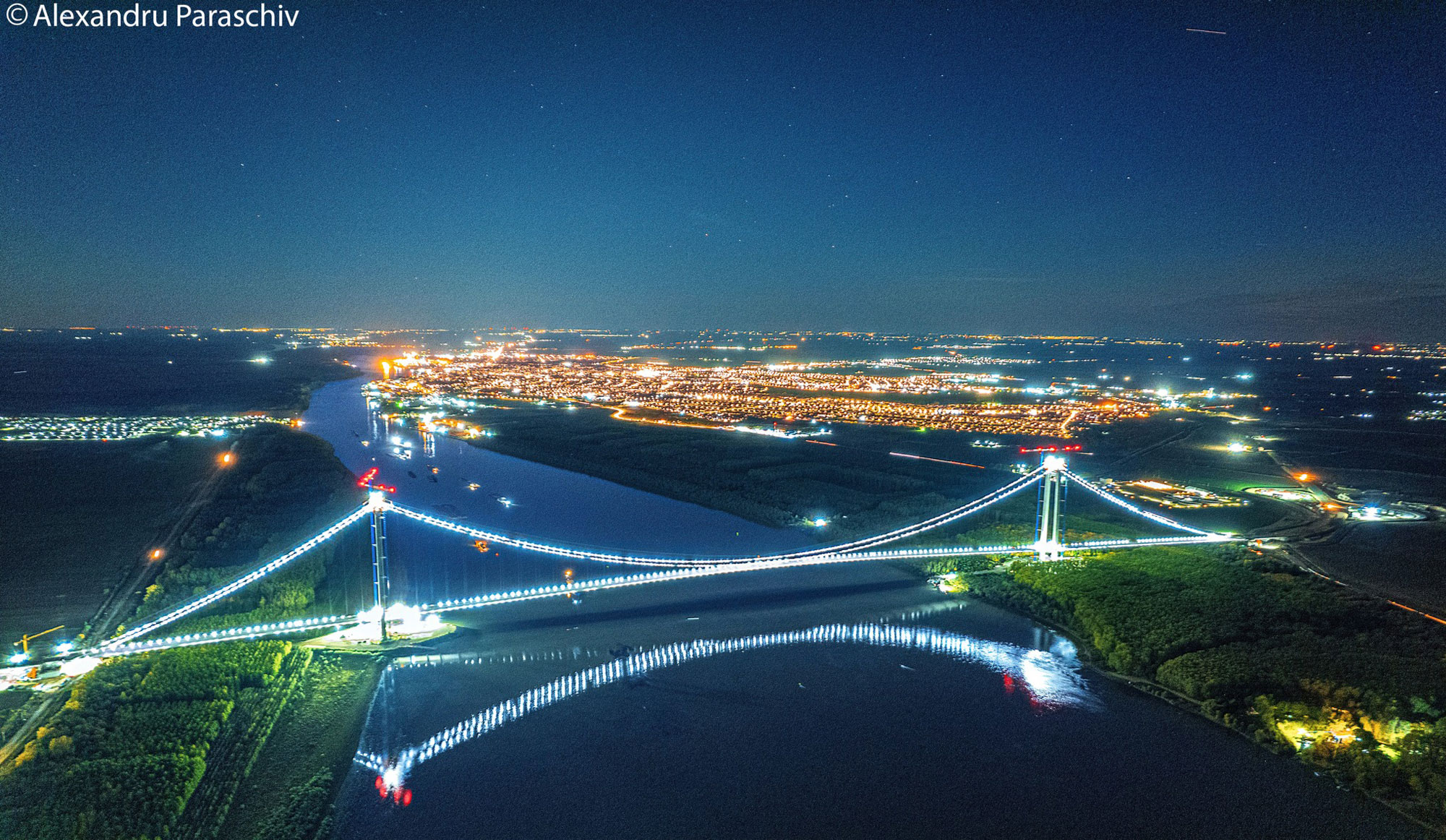 Parcul National Muntii Macinului
Where: 24 miles southeast of Galati
Access: car (on DN22 D)
Website
400 million years ago, this mountain range stretched all the way to Western Europe. Its traces can still be found in Bohemia and the French Central Massif. Today, Tutuiatu Peak, the highest peak of the oldest mountain range in Romania, reaches just 1,495 ft.

Bazilica Niculițel
Where: 38 miles southeast of Galati
Access: car, bus
Address: DJ229C 43, Niculițel
A Christian basilica, built in the mid-3rd century near the village of Niculițel, was revealed in 1971 when a creek overflowed its banks.
The relics of Saints Zoticus, Atallus, Camisius and Philippos, who endured martyrdom because they openly proclaimed their faith in Christ, were found in the basilica. The relics of these can now be seen at Cocoș Monastery, 5 miles northwest of Niculițel.
Basilica Niculițel more info

The Danube Delta is comprised of an intricate network of waterways and lakes divided between the three main estuary channels of the Danube. The area of floating reed islands, forests, pastures and sand dunes covers 3,000 square miles and is home to a vast array of wildlife. Located at the tip of the three channels, Tulcea makes a great starting point for exploring the Delta.

Galati does not currently have an airport however, the local authorities have recently announced plans to build an international airport to serve the metropolitan area Galati - Braila

The story of domestic air travel in Romania began in Galati.
On June 24, 1926 a De Havilland DH-9 plane took-off from Galati airport and landed in Bucharest.
Galati airport ceased operations in 1958 and it is now a residential area called "Aviatie" (Aviation).

Accommodations in Galati include: