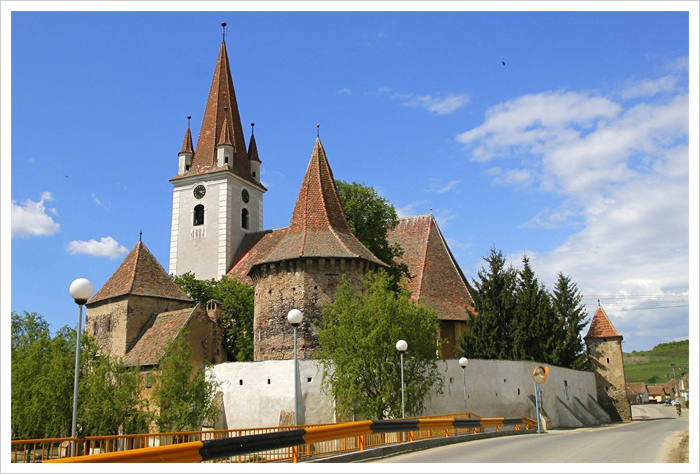 The gothic-style Evangelical Church (built in 1495) in the village of Cristian (Evangelische Kirchengemeinde Grossau in German) stands on the site of a 13th century Roman basilica.
The church is surrounded by two rows of walls guarded by five towers (all erected in the 16th-Century).
Two underground tunnels have been dug to permit villagers to flee from the fortress to the forest or to a nearby monastery, in times of siege.

One of the fortress towers was called the Bacon Tower,
as the structure was used for food storage (especially smoked bacon).
To keep the food provisions cool, throughout the summer months, villagers would fill the tower's cellar with ice; and access to the tower was only allowed on Sundays.

A limited number of campers is allowed to overnight in the courtyard of the fortress.
More info and reservations: please call (+4) 0751 146.061