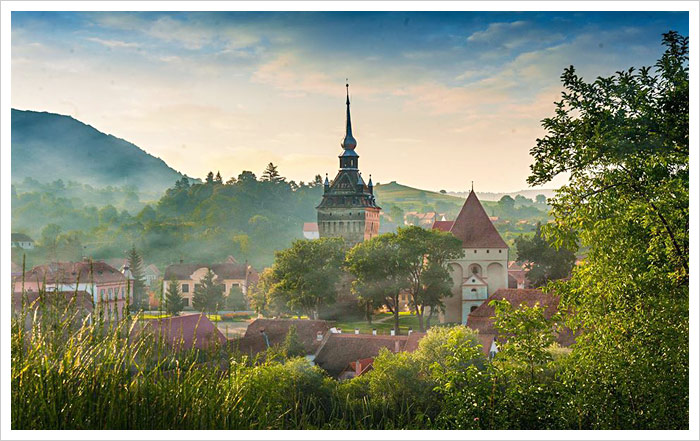 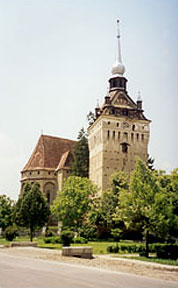 Saschiz is renowned not only as home to one of Transylvania's finest fortified churches but also as a carpentry and wood-painting center. It was here that Saschiz blue pottery was born in 1702.

The Evangelical Church of Saschiz was built between 1493 and 1496 by Saxon colonists. The monument is very impressive due to its sheer size and the way the fortifying elements have been adapted to the shape of a church building. From the outside, the church appears to be a bulwark, but its defensive role is surpassed by the beauty of its gothic elements: huge arches, massive buttresses and decorative stone and brick aspects. Due to the significant distance between the center of the village and the hill on which a Saxon fortress was built in 1496, the fortified Evangelical church became the main refuge for the inhabitants of Saschiz during invading raids.