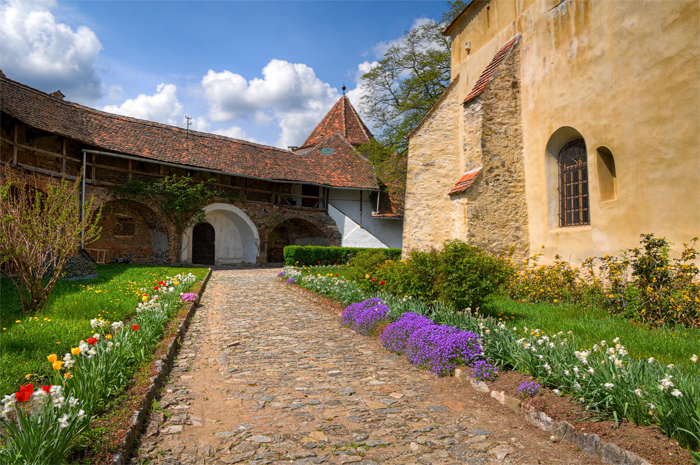 Cisnadie Fortified Church is one of the 25 UNESCO World Heritage Sites in Romania. 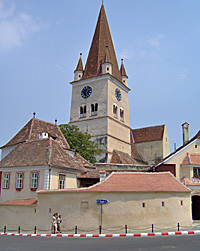 Originally built in the 12th century as a Romanesque basilica, the church was fortified during the 15th century to protect the local Saxon population against repeated Ottoman raids.
The fortification process included the construction of fortified towers on the both entrances, double defense walls, a moat and several other defensive towers, along the defending walls.

The clock installed in the 195-feet high (bell and clock) tower, erected in 1425, has been working since 1868;
no repairs were ever needed!

Visitors interested to explore the area and spend one or more nights in Cisnadie
can book their stay in one of the 12 rooms available at Cisnadie Parochial House
E-mail or telephone: (+4) 0269 564 597